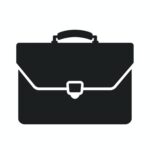 WORKING IN THE NETHERLANDS

A new adventure is waiting for you… let us guide you there!
Curious to know what the business culture is like and what kind of businesses are out there?

Here’s a glimpse of it for you. Our knowledge of the Dutch labor market is at your disposal.

Overall, the Dutch culture perceives leading in a more egalitarian than hierarchical way. The manager role is often to facilitate the processes, and he/she is not perceived as the only decision-maker. Commonly, groups make decisions through discussions and a common agreement in the workplace.
Dutch people are known to be direct and straightforward. Having debates and together talk about the way to move forward is perceived as beneficial for the organization and the team. In a way, you are expected to state when you have another opinion. But we expect that you then also come with a good alternative, idea or proposal to improve. In general, everybody can openly express their ideas, suggestions and comments.

The Netherlands has over 2 million companies, according to the Dutch chamber of commerce. Very well-known and international companies like Philips, SHELL, ASML, Heineken, Unilever, ING and many more, but also more than 500,000 companies with less than 250 employees. The majority of the organizations are self-employed full-time businesses, 52.3% of the total. Interesting enough, not all entrepreneurs have Dutch nationality. In particular, 25% of the starters in 2019 was not born in the Netherlands. So, if you have an entrepreneurial spirit, you will not be alone in the Netherlands!

According to the Dutch governmental institution for statistics, 9 million people worked in the Netherlands in 2019 – with an age between 15 to 74 years old. Almost half of the labour force works full-time, 35 hours or more a week. A standard Dutch working week is 38 or 40 hours. The lunch break is typically between 30 and 45 minutes. Lunch is not considered to be the most important meal of the day. It is not very common in the Netherlands to work overtime. But if the job needs to be finished, you’re expected to be present. Overall, it is considered important to have a good life-work balance!

Ready for your career move to the Netherlands? Make your first step here!

Here we are, the million-dollar question…
Do you need to learn Dutch to work in the Netherlands? No, you don’t!
However many internationals choose to learn Dutch to “commit to the country”.  See in the video below what some students of learndutch.org experienced and what they think about the communication style differences! 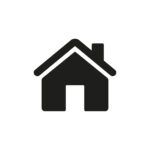 LIVING IN THE NETHERLANDS

So, you might wonder, what is it like to live in The Netherlands? What has the Netherlands to offer you? Will you be able to integrate with the customs and traditions of this small great country?!

Here’s for you some interesting facts and tips.

With a total population of 17 million, area of 41,526 square kilometres and a population density of 488 people per km2, we are considered small and one of the most densely populated countries in the world. That is not to say boring! Almost 90% of the population is able to speak English, so no need to be afraid that you’re not able to buy groceries.

The Dutch have a rich history and are known for a few of the world’s greatest artist (think Van Gogh, Rembrandt, Mondrian). But we are also famous thanks to our soccer: Johan Cruyff, Ruud Gullit, AJAX, PSV and the national team with our huge orange fanbase. And what to think about all the well-known Dutch DJ’s like Hardwell, Martin Garrix, Tiësto and Armin van Buuren. Trading is part of our DNA, with a long-time history as one of the most important maritime trading nations and now as one of the world’s top 5 exporters. As a result, an excellent infrastructure of ports, rails, roads and airports that get you from A to B in no time if you do not feel like biking! 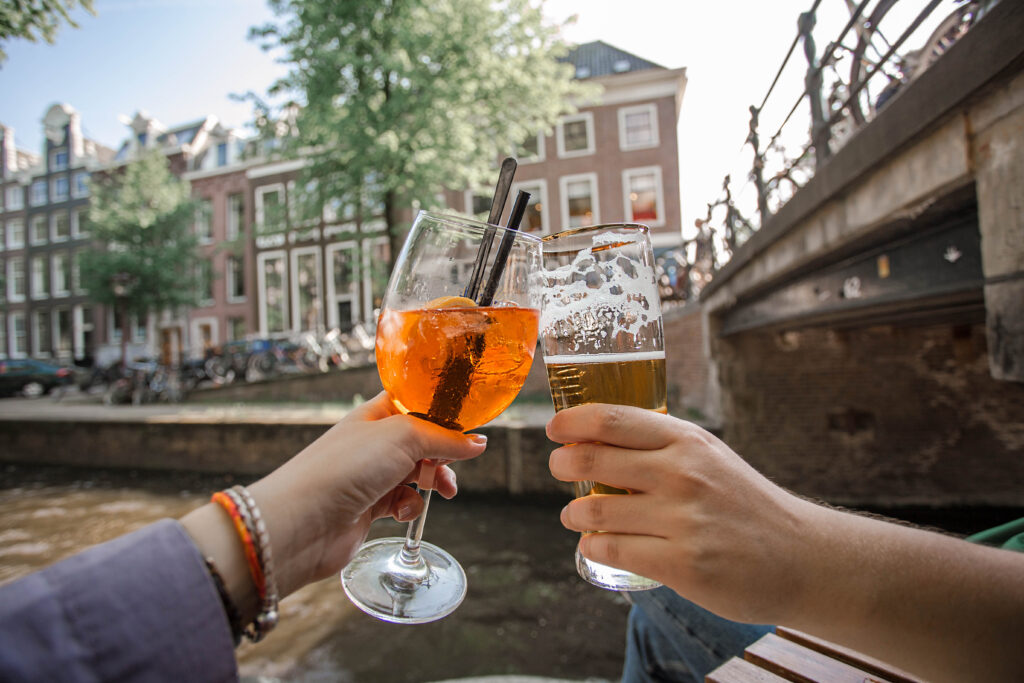 The Netherlands is ranked 6th happiest country in the world, and to us, it comes as no surprise! We have great social security, work-life balance, healthcare, and economic systems. But most importantly, we have a great social culture.

The Dutch are creative, pragmatic, and rather direct (something to get used to) in communicating with others. We are also known for our open-mindedness and tolerant attitude towards a variety of topics. For example, going out for a drink with friends and family is just as important as working. This results in busy terraces, great parties, and amazing festivals all year round! Not into parties? No worries! You can enjoy your time at one of the many historical cities, parks, museums and so much more!

Overall, The Netherlands is a great place to live with a rich culture, great people, and excellent organisation. The atmosphere is very international with loads of expats already living in The Netherlands, you will fit right in!

Are you curious to know how other internationals experience living in The Netherlands? Read our testimonials here.

Moving to the Netherlands

Moving to and living in another country is a huge step and perhaps one of the most exciting moments of your career and life.
But it’s also fun, interesting and good for your personal development to experience a new culture.
We are more than happy to provide answers to all your questions and to support you being more than a tourist among the tulips.

Let’s give you a heads-up for things to think of when moving to the Netherlands!

Get your Citizen service number (BSN) or Residence permit!

As an EU member, European residents can visit, live, study or work in the Netherlands without a VISA. However, if you want to stay longer than four months, you need to get a citizen service number, which is a social security and tax number.

Non-EU citizens must apply for a residence permit to work in the Netherlands. The Immigration and Naturalisation Service (IND) is going to decide whether they grant you this permit. Some international companies can help you with this.

During your first days in the Netherlands, one of your biggest challenges will be finding an accommodation. At this moment, the housing market is quite competitive, so we advise you to start looking for an accommodation some months before your arrival. Also try to think of where you want to live. A big city like Amsterdam, Rotterdam or Eindhoven, or a smaller town like ‘s-Hertogenbosch or Utrecht. Many Dutch housing agencies could help you and guide you doing this research.

Having private healthcare insurance is mandatory for anyone who lives and works in the Netherlands. Once you have your insurance, you need to register yourself with a local doctor and dentist. The Netherlands’s healthcare system is on a high level. Still, the Dutch treatment approach could be different than in your home country.

Get your Dutch bank account and be ready to receive your first salary.

You only need four things to be able to open your bank account:
1. A proof of Dutch home address
2. Your passport
3. A citizen number (BSN) or residence permit
4. An evidence of income such as an employment contract.

Once you have all these things in your pocket, you will be ready to choose your bank in the country.

Ready to dive into the Dutch culture?

Because English is generally widely spoken in the whole country, many expats who live and work in the Netherlands think it’s not really necessary to learn Dutch. However, we advise you to take Dutch lessons if you really want to taste the culture and make Dutch friends. There are many schools and private teachers who are looking forward to helping you with that. Online courses, face to face classes, private, in group… You can pick whatever you think is best for you!

New discoveries are ahead for you… check what surprised other internationals in this fun interview by Bart de Pau!

Nuria is a young professional who moved to The Netherlands almost one year ago! ✈️ She has no doubts about the choice she made… Living&working in The Netherlands had a positive impact on both her personal and professional development! 🌍🇳🇱⠀ ⠀⠀ “The positive points on personal development are:⠀ • being out of your comfort zone⠀ • meeting new people⠀ • seeing new places⠀ • experiencing new things every day (just because you are living in a different place).⠀ ⠀ All these things help me to grow and to feel more realized with myself.⠀ ⠀ I would like to stay in The NL for more than a year because I think that I´m still learning every day and I want to maintain it this way! I already told all my friends that they should come because it is a good place to live and to develop a professional career!”🍀⠀⠀ ⠀⠀ Curious to know what Nuria and other #expats want to share with you in the Testimonials section of our website? 🧡 Check the link in our bio! 👆⠀⠀ .⠀⠀ ..⠀⠀ .⠀⠀ ..⠀⠀ .⠀⠀ ..⠀⠀ .⠀⠀ ..⠀⠀ .⠀⠀ ..⠀⠀ .⠀⠀ #TestimonialTuesday #JointheDutch #expats #expatlife #expatliving #expatfamily #expatriados #expatriate #expatsinamsterdam #international #workingabroad #workingabroadlife #livingabroad #netherlands #nederland #nl #eindhoven #dutchcommunity #iloveholland #holland #dutch #dutchlife #dutchculture #soverydutch #iamexpat #iamexpatnl #follow #followus

Today’s #TipThursday 💡 could be an obvious one, but still very important to mention! ⠀ If English is not your mother-tongue, it might be that in your language the name of this country is similar to “Holland”. Be careful, that is not the right translation! Holland, indeed, only refers to 2 out of 12 provinces of The Netherlands. Even if the name ‘Holland’ is sometimes used when all of “The Netherlands” is meant, do not do this mistake yourself! ⠀ .⠀ Looking for specific tips&facts about The NL? Visit our website! Link in bio 📌⠀ .⠀⠀ ..⠀⠀ .⠀⠀ ..⠀⠀ .⠀⠀ ..⠀⠀ .⠀⠀ ..⠀⠀ .⠀⠀ #JointheDutch #expats #expatlife #expatliving #expatfamily #expatriados #expatriate #expatsinamsterdam #international #workingabroad #workingabroadlife #livingabroad #netherlands #nederland #nl #eindhoven #dutchcommunity #iloveholland #holland #dutch #dutchlife #dutchculture #soverydutch #iamexpat #iamexpatnl #follow #followus

Our favourite moment of the week is here… #FunFactFriday means #helloweekend 😎! We all know that Amsterdam is full of bikes 🚲… and they are literally everywhere! According to the city’s official water services (WkeepaterNet) around 15,000 bikes 😱 are salvaged from the canals every year. Amsterdam’s local government has to regularly collect these bikes to maintain the city’s canals clean, safe and accessible ✔️. Indeed, there’s even an expert salvage team, who regularly venture into the canals to “fish” the bikes from the canals of Amsterdam 🎣!